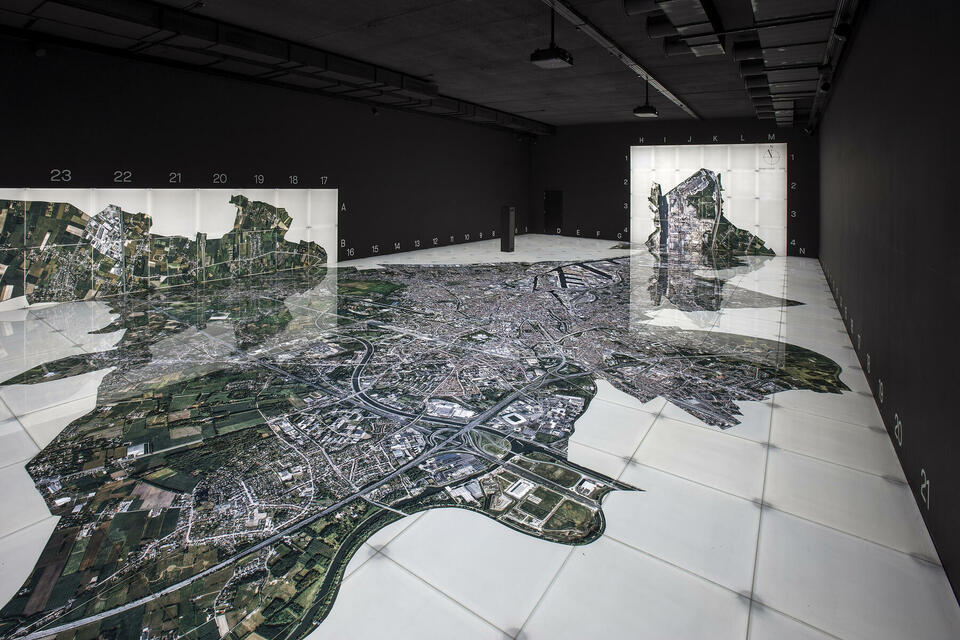 In 2020 STAM, the City Museum of Gent, celebrates its tenth anniversary. The galleries and permanent exhibition telling "The story of Ghent" have now been refreshed: the counter, the shop, the pub and several other rooms were given a facelift. But also the masterpiece of the exhibition was renewed: the illuminated glass floor of 304m² composed of tiles of 1m x1m each, with high resolution aerial photographs of Ghent. The original floor, with aerial photography from 2008, was installed by Meyvaert at the time and was still in good condition. But since 2008 Ghent has changed enormously. Since then, a City Hall has been built, 2 big bridges, the Ghelamco Arena, library De Krook, the Ikea site and several new residential areas. Because of this continued evolution of the city it was decided to renew the images for a view that reflects the current reality of the urban landscape today.

Meyvaert was again selected to manufacture and install the new glass floor. The difference with the previous 10 year old floor is mainly the quality and precision of the images and the possibilities offered by the new dimmable lighting. The installation consists of a 264m² floor of 1x1m by 30mm each, 2 glass walls of 40m² of 1x1m and 8mm each. Each tile is illuminated by a powerful LED panel that can be dimmed with a centrally controlled DMX system. 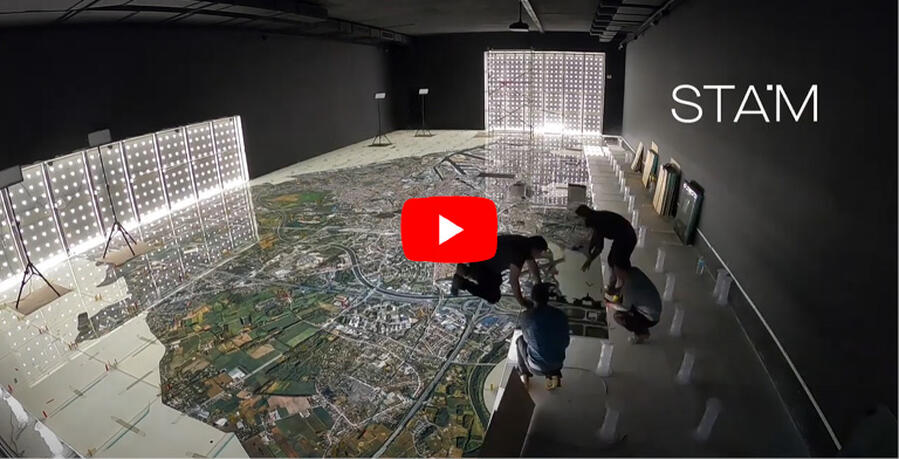