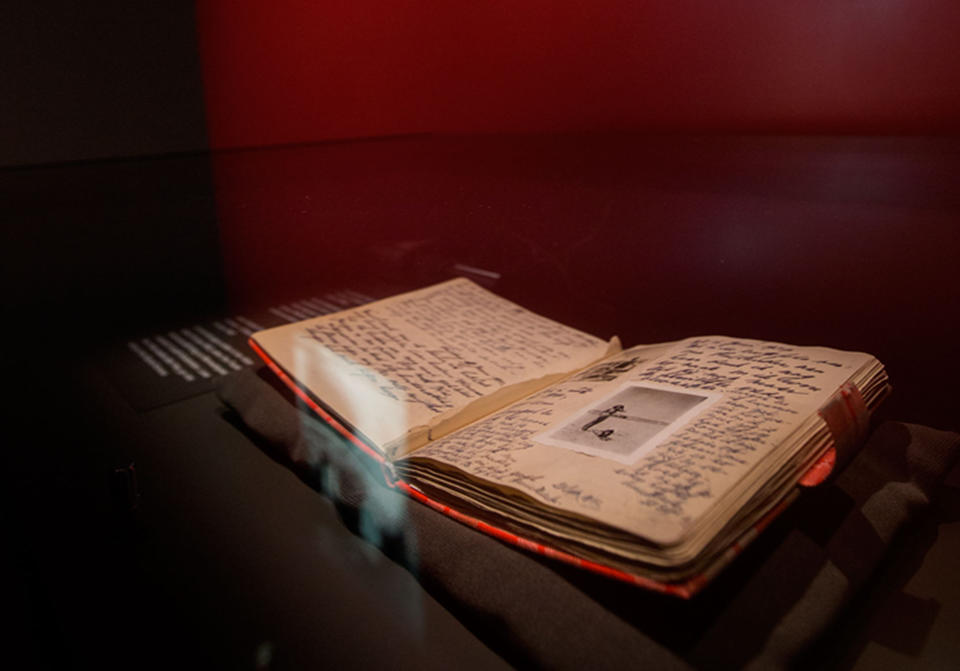 As of June 2018, the original diaries of Anne Frank will be kept in brand new, state of the art display cases. The Anne Frank House had them built to preserve the fragile paper in a stable and cool environment.

A red-checked diary and a couple of notebooks were filled with words by Anne Frank, after she went into hiding in 1942. The girl hid from the Nazis, together with her sister, parents and four other Jews. They were hidden in a secret annexe of a 1635 house in Amsterdam.
She was only thirteen years old and had always aspired to be a writer. She wrote letters to her imaginary friend about fear, love, arguments and the chestnut tree outside. In order to publish her work after the war, she re-wrote the biggest part on loose sheets of paper. She was unable to finish it, because she was discovered and captured two years after she went into hiding. Anne died in a concentration camp in Bergen-Belsen in 1945. Her father survived Auschwitz and two years after the war, he published his daughter’s diary, entitled ‘The Secret Annexe’. This dramatic testimony turned into one of the most read books in the world. In 1960, the secret annexe was transformed into a museum, the Anne Frank House.

Today it has over 1,2 million visitors a year, mostly from abroad. The original checked diary, the notebooks and the loose sheets have been recognized as world heritage objects since 2009 and are exhibited in the museum. As of June 2018, they will be housed in brand new display cases, in a renovated room. The redevelopment lasted more than two years. In the building next to the museum, a more spacious entrance and cloakroom have been created. It’s the first time the museum has had a cloakroom. If the visitors leave their wet coats there, this will contribute to a more stable climate inside the building, which will be of great benefit to Anne’s manuscripts.

The museum reached out to many experts in the Netherlands and abroad to discuss the display cases. How do you protect such special, but such vulnerable documents, when at the same time, that many visitors are coming to look at them? The museum partnered with the National Office of Cultural Heritage to support them with their expertise in the development of the display cases. Because these display cases were going to be state of the art.

The Anne Frank House contacted several institutions with a similar challenge. How does the National Archive Museum in Washington protect the Declaration of Independence that is on permanent display? Or the Library of Congress with the Waldseemüller map from 1507? Should the Anne Frank House also consider oxygen-free display cases? What would preserve the manuscripts best, turning the pages less, or more? Unintentionally, millions of visitors are causing the diaries to vibrate. Not surprisingly, considering that all these people are walking around on a hardwood floor built in 1635.
A risk analysis showed that the impact of the vibrations is at an acceptable level. Especially because the diaries are lying on a comfortable pillow. Because vibrations could damage the fragile paper in the long term.
The museum consulted several climate consultants to design a display case that would protect this special legacy as much as possible against humidity, temperature swings, vibrations and air pollution. An important wish was to limit the natural deterioration of the manuscripts as much as possible. The only way to slow down this chemical process is to lower the temperature. Based on the risk analysis, the decision was taken to create a ‘case within a case’. The design had to ensure that the outside case did not pass the vibrations on to the inside case. The inside case will be equipped with absorbing silica gel to stabilize the air around the manuscripts. The space between the inner- and outer case, the cavity, will be conditioned with cooled air, ensuring a constant temperature of 17 degrees at all times.

How do you build such a case-in-case construction? Together with display case expert Meyvaert, the first prototypes were created. How would the case open? How would the museum staff access the display case to turn the pages? Would the visitors be able to see the diaries properly? And how quickly would they be able to rescue the manuscripts in case of an evacuation? The Anne Frank House organized several workshops to address and evaluate these concerns, using simple prototypes. Meanwhile, the Technical University of Eindhoven simulated several options to bring the conditioned air into the cavity of the display cases. Furthermore, researchers selected paints that do not give off harmful pollutants. And how would lighting in the cavity affect the conditioning? Meyvaert started off by building one ‘double display case’. For a whole week, several experiments were conducted with this case. Researchers from RCE and Tue determined at what temperature and at what speed they had to blow air into the cavity, in order to maintain the constant temperature of 17 degrees. Using smoke, they evaluated if the air flow behaved as expected. It proved to be a very successful week, and the Anne Frank House were able to go ahead and order the next two cases.

The display cases truly are state of the art. Unique in the world. Thanks to the cool and stable environment created around the manuscripts, many generations to come will be able to discover the revealing, dramatic and original diaries of Anne Frank. 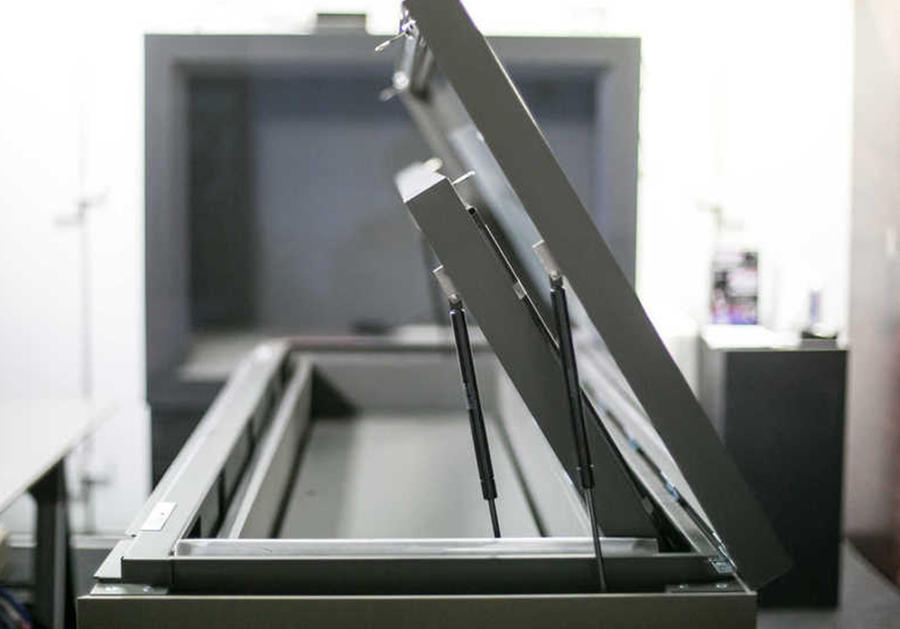 Meyvaert from Ghent is awarded the Belgian Maker Award