Gifu prefecture near Nagoya is famous for its ceramic artisans. In order to accomodate a rich collection of ceramic artefacts, a museum was built by a hillside in a mountainous area near the city of Tajimi. The building itself is a spectacular feat of engineering. Unfortunately, earthquakes are a known occurence in Japan. In order to withstand the forces, the different floors are suspended from the top roof construction.

In addition to the building's features, the vulnerable ceramics required supplementary protection. The museum team and the architects worked out a detailed plan, in which the awareness of earthquakes played an pivotal role. Some of the cases needed anti-earthquake devices, which had an impact on the required budget. This is why Nomura abandoned their usual in-house strategy of working with costly suppliers. For the cases a more modest financial expense was pursued, and Nomura found an acceptable proposal from Meyvaert. Working with such a renowned company in Japan was a commercial achievement for us.

Many of the cases need anti-earthquake devices. Furthermore, the design concept asked for freestanding cases with the look of glass cubes without solid profiles. This is how the choice was made for top-to-bottom doors with invisible hinges, which led to the use of two multi-pivot hinges housed in the base section, with threedimensional adjusting mechanisms.

We also developed large freestanding cases with five-sided glass cubes which we could not equip with hinges. We engineered a special automatic mechanism  to lower the display floor of the cases, in order to allow 100% opening for access via the front plinth panel. 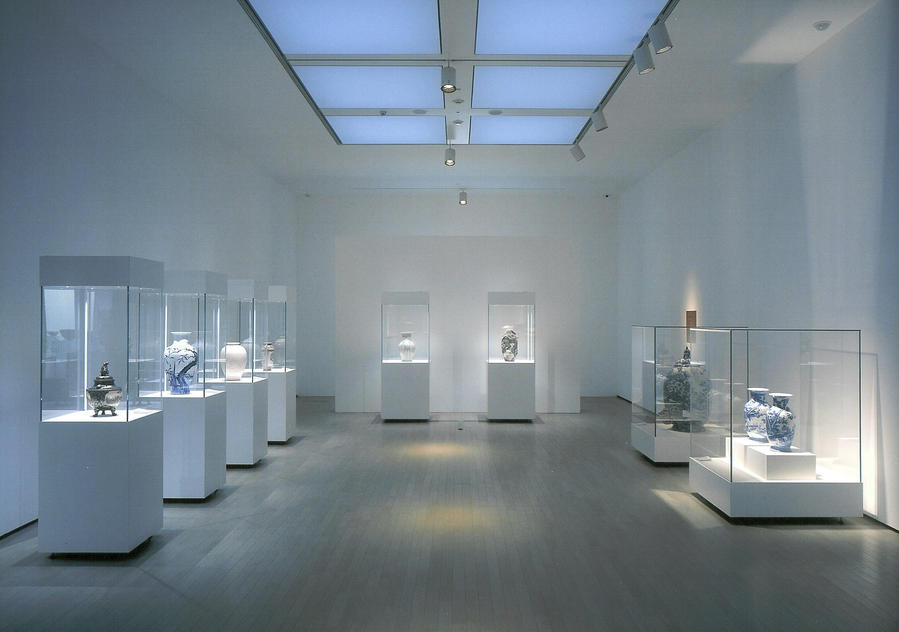 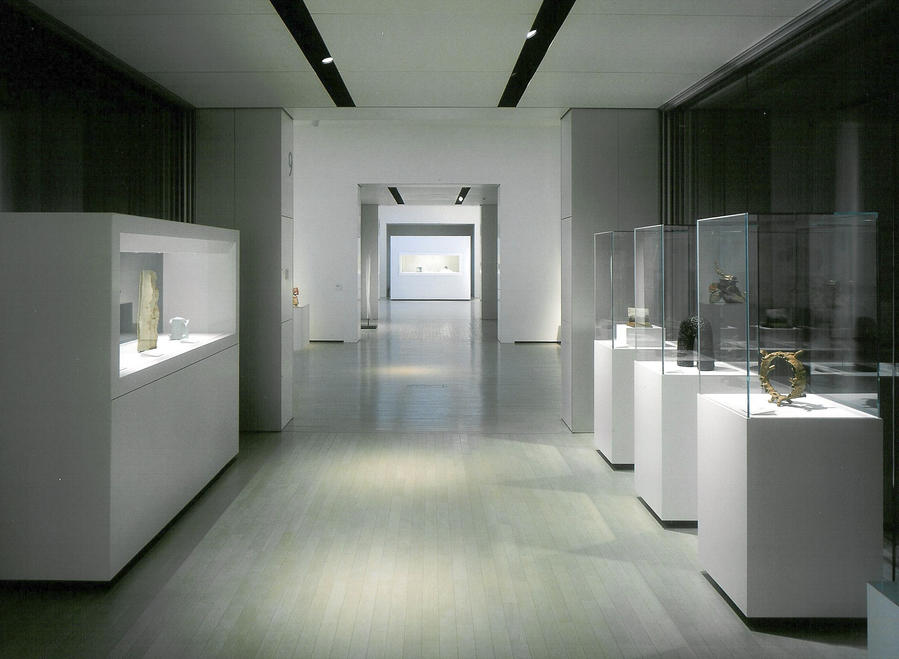 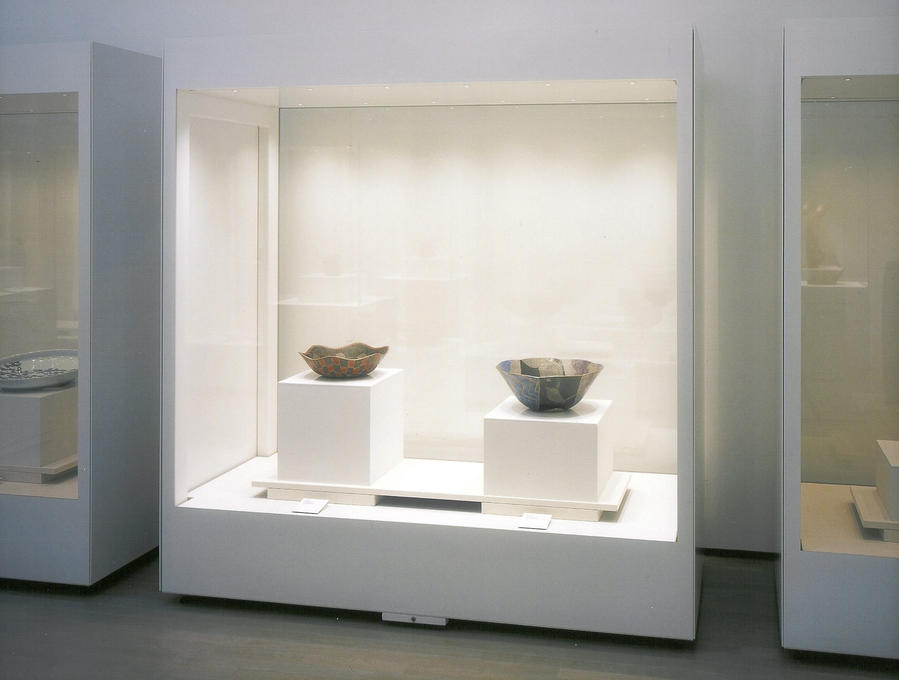 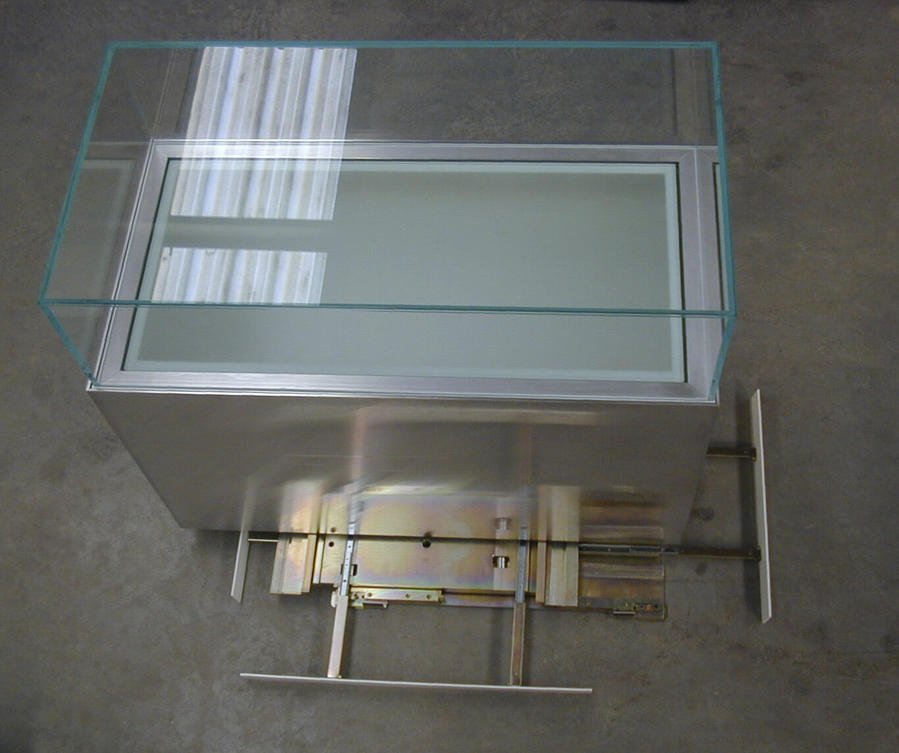 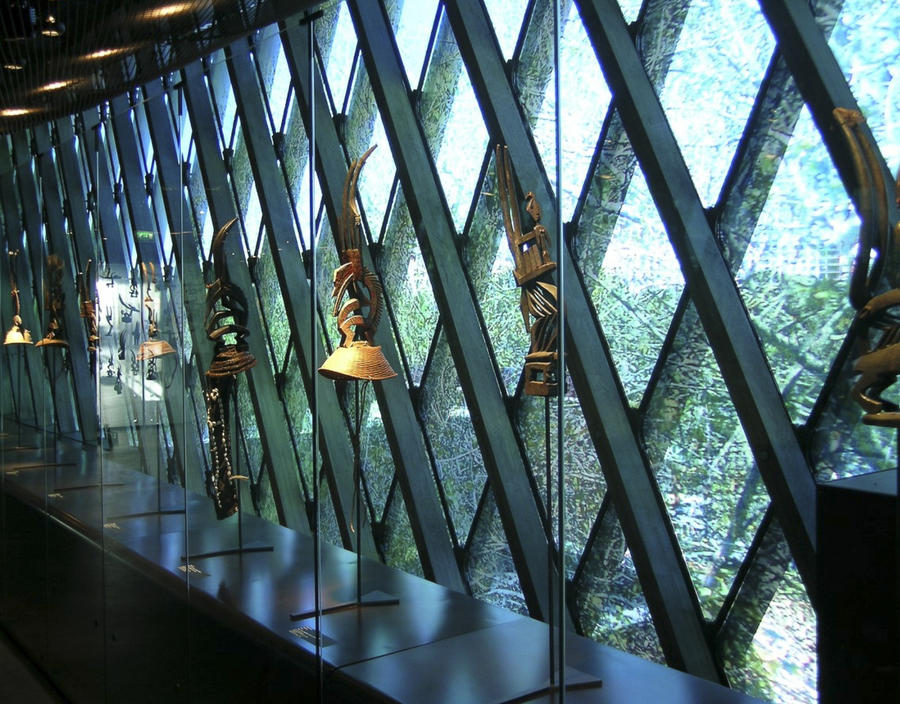 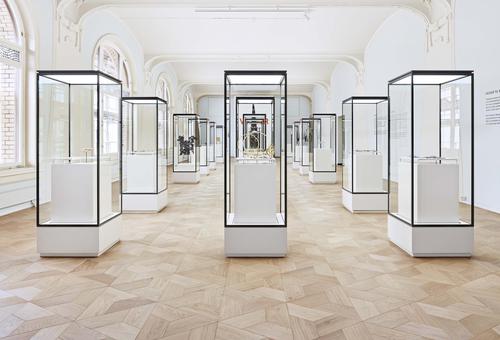 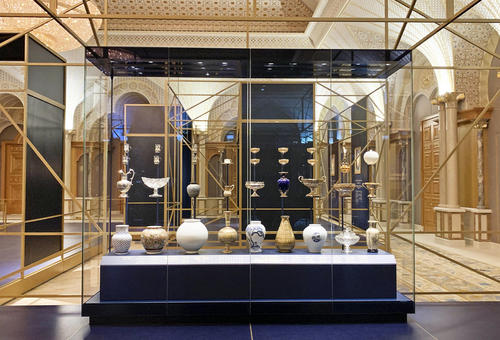 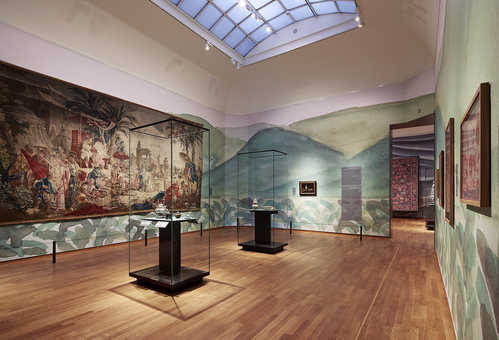 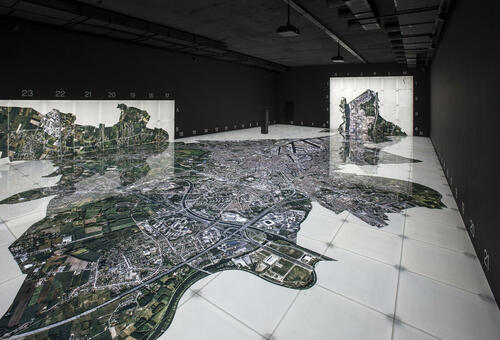