The Imperial War Museum was founded in 1917 while the First World War was still being fought. As such, their First World War collections are the richest and most comprehensive in the world. For the centenary of the War, the IWM decided to transform the museum and to create new ground-breaking galleries where visitors discover the War through the lives of those who experienced it both on the front line and at home.

We collaborated with the museum team and Casson Mann to create an immersive exhibition. The set-works and the showcases have a high level of integration. Many of the cases are recessed into the surrounding top of the plinths and the surface flows through seamlessly inside the case, which creates continuity and makes the showcases less visible.

Much of the set works was created in Glass Reinforced Concrete (GRC) and the plinth cases sit in this, but we also had to find a way of cladding the front of the taller cases partially with GRC to make them blend in with the plinths, this was done by replacing part of the laminated glass with a layer of GRC.

With over 130 cases the project was broad ranging and challenging. The overwhelming success of this gallery and the incredible visitor experience that has been created is a tribute to the collaborative efforts of the project team and we are proud to have played our part. 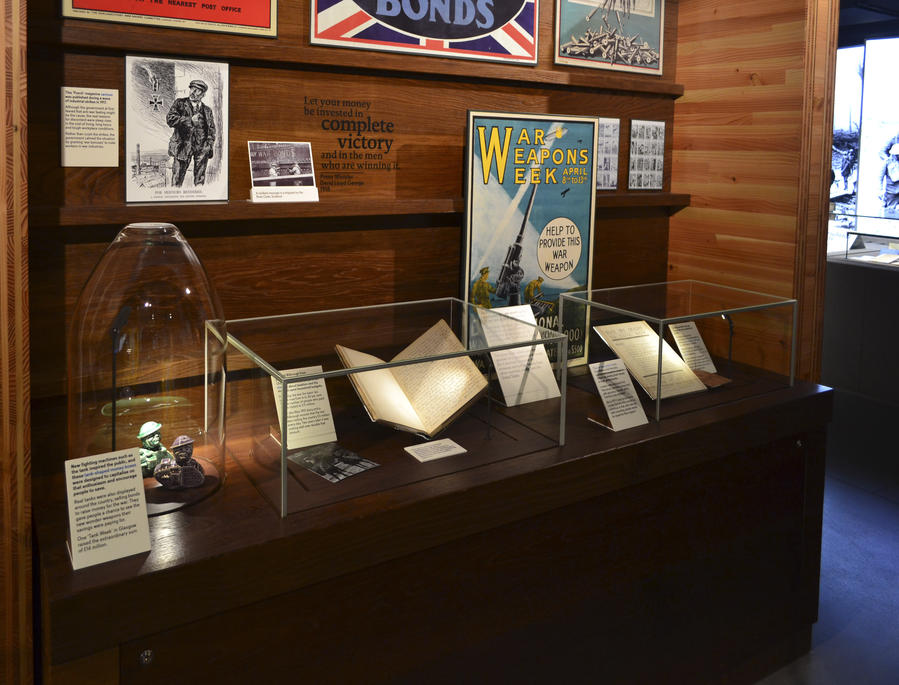 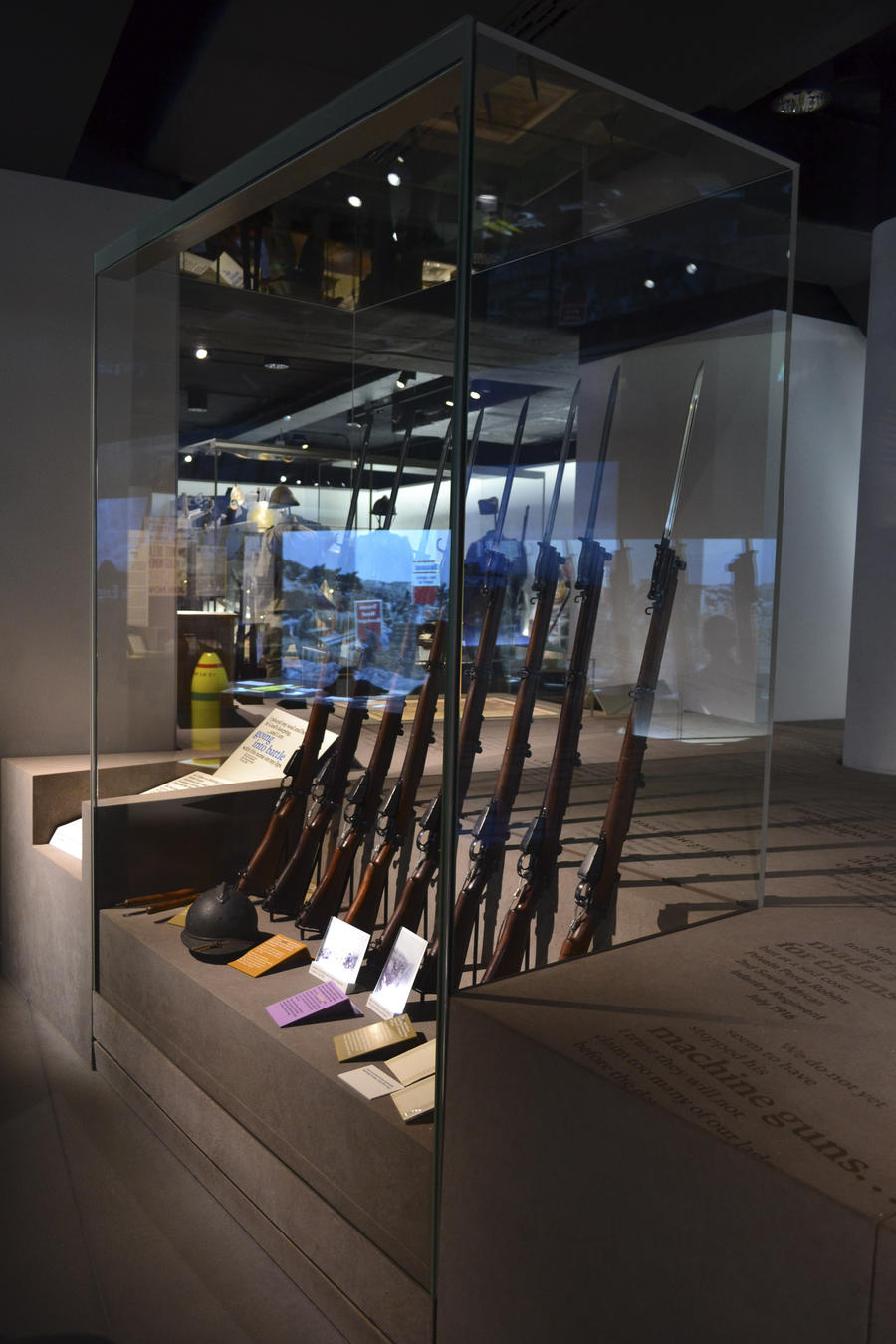 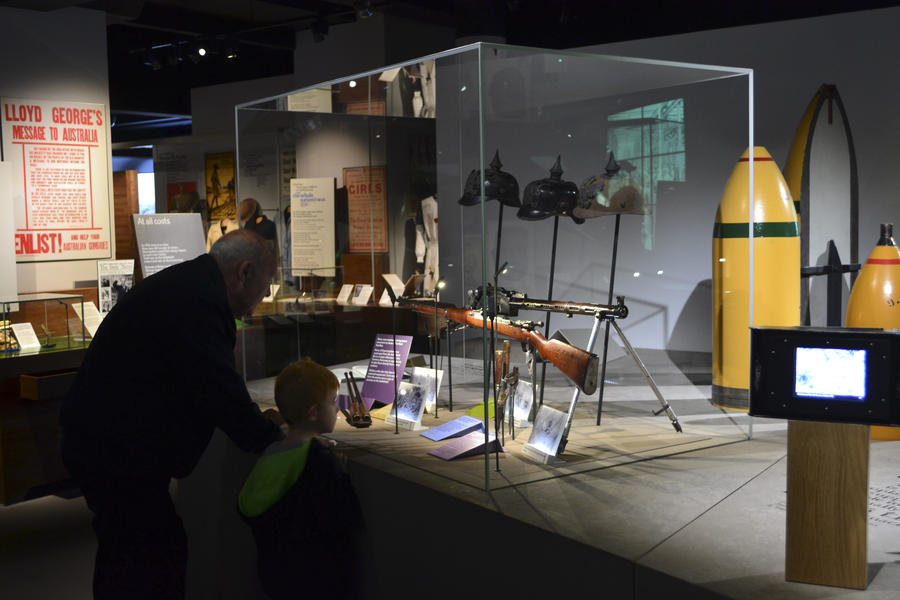 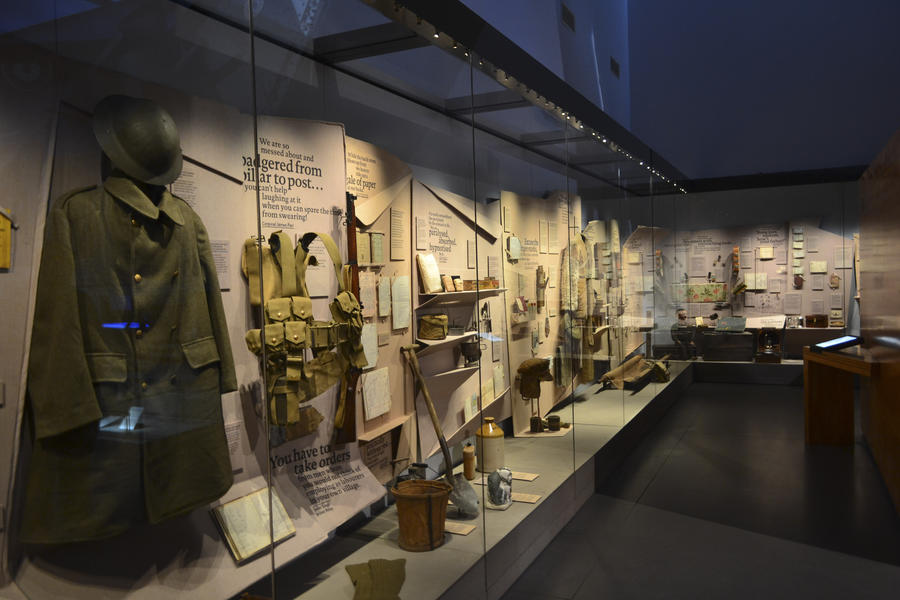 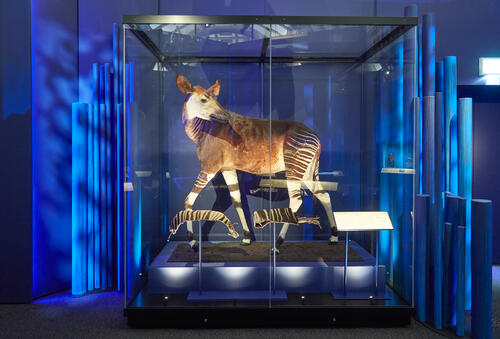 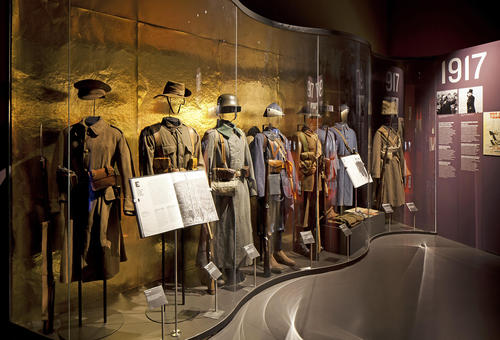 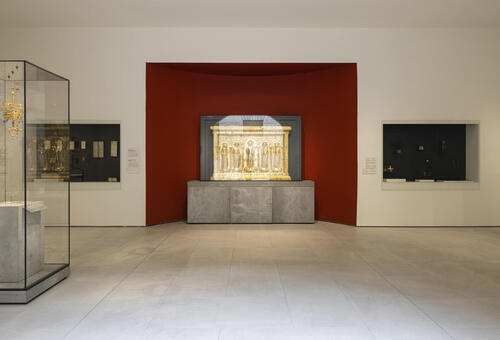 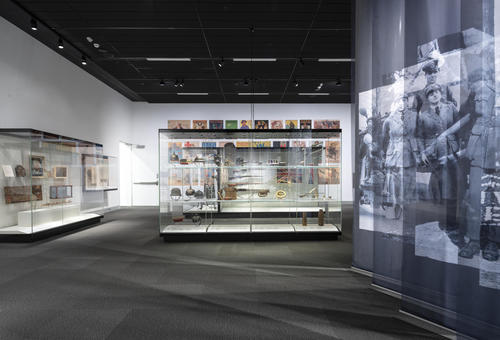